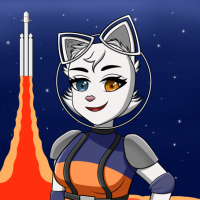 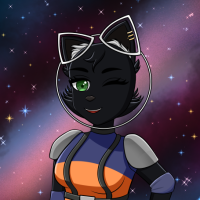 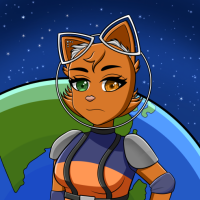 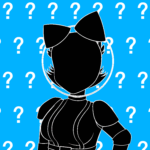 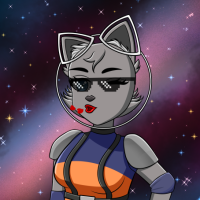 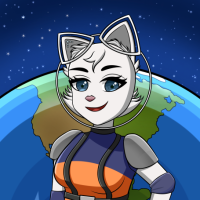 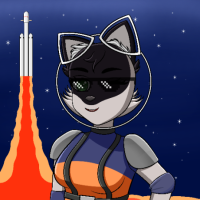 The Catronaut NFT series is hosted on the Binance Smart Chain.

There will be a whitelist and whitelistx2 only presale lasting 24 hours, where holders who have recived the whilelist or whitelistx2 role will be able to mint at a discounted price.

After the presale, the public sale will follow. During this period, anyone can purchase.

Hello fellow Catronauts, Time is of the essence, as I just received a distress signal from one of our fellow Commanders asking for assistance in the upcoming War for Tabith… … Hello? Is this signal… If you are getting this… Please grab your fellow Catronauts and help us in the War for freedom! The Co*rd”n#tes are…

Dark were the days of The Clashing

The Age of Clashing: A time where all life forms were thrown into a massive war that seemed to transcend the chasms of space. A time where the Catteras, a race of humanoid Cats, rose to power within our solar system to oppose being subjugated by the unwelcomed guests. And amongst all the chaos, we find ourselves outside a little farm on the edges of Derhurst; where a child has just been born. “It’s true! It’s true! We finally have ourselves a daughter!” – The Father gleefully cheers “Hush now, you’ll disturb our child” – The Mother responds, “What should we name her?”. “A name…. hmm… a name, how about Helga! After your mother?”. “Helga?!” – the Mother snaps, “We will not be naming our first daughter Helga!”. The Father deeply thinks with his hand against his chin. “What about Aurora, to mean, the dawn” The Mother looks down at her now sleeping daughter and softly speaks, while gently stroking the babies face with her hand. “Your name shall be Aurora, because you are the dawn of a new light, and you shall change the world”.

As a child, Aurora would hear in school about how this was the end of earth, and how this was divine punishment coming from the God Sylph; for all the great sins the Catteras have committed. And although Aurora would be subjugated to such talk for countless hours each day, that’s not how she saw this war. Even after School and back home helping her father plant the fields, she would be in deep thought contemplating what the War meant to her. Aurora viewed the war as a learning experience for the Catteras, as a way to gain new knowledge on how to protect themselves, and learn about all this new technology that they have acquired from won battles. Simply put, she viewed it as a positive without any negatives and secretly thanked these strange visitors for unsettling the peace that has caused her race to be stagnant for centuries. Of course, Auroras ideals about war were flawed. For in the current teachings of her school war had almost become an untaught category; in very few books all throughout earth, the books would mention heroes of legend that fought against their tyrants a long time ago, and even in these books it was nothing to graphic. So you could very well say that her thoughts on war were caused by the lack of presence it currently has on her homeworld. Well, that was until Aurora was at the age of Thirteen.

So far in Auroras life, besides the constant hounding of the school about the sins of the Cattera, she has lived a pleasant peaceful life… as the war ravaged world after world. To her defense, she lived in a small farming town where they didn’t get updated regularly on current news, and most of the time the head priest of town would view the information first then choose what to share with the rest of the people. As far as Aurora was concerned, it was just another day in her peaceful little world. Sadly, this peace that has shrouded Auroras life up till now was about to be blown away, for a Dreadnaught Class enemy ship has just entered Earths Air Space. You see, so far the enemy has been having trouble penetrating the combined defensive formation of The Democracy(The name given to the combined might of the Adromada Galaxy that this earth is apart of). Even despite having superior firepower, the will of this force, and the tactical genius of a select few individuals, created this unmoving line that the war was being waged on. And this attempt by the enemy is their way to break this unyielding front line. When this Dreadnaught appeared, it was a bright windy day; but quickly the suns warmth was nowhere to be felt as this giant shadow of the ship gets casts onto the land below…

RRRROOO RRROOOO “The Alarm Screeched out as I quickly searched for my family”, Aurora, who is now Fourteen years old, explains. “It was.. so much different then I thought it would be. I thought the war would bring us to the next level of enlightenment like our Ancestors, but in reality all it brought was destruction”. The Officer listening to Aurora recount her experience that day; can hear the quiet tremble in her voice. “And your father, where did you find him?” The Officer asks. Aurora looks up and stares past the officer, “he was… on the balcony of the second floor. I can still hear him yelling at me to go into the tornado bunker. He kept waiving his hands until…” Aurora looks down again and stops talking. “Until, the sonic wave of a D fighter, from the Dreadnaught, blows him from the Balcony a few yards away. Is that correct?” The Officer finishes her sentence. Still looking down Aurora slowly nods her head. “Heh”, the officer begins to stand up, “there’s not much I can do for you, being in this stat…” “No please!” Aurora interrupts. “Not this time, don’t fail me! I am fit for Service, sure I have a tragic past and a little older than normal, but who doesn’t have a tragic past in this day and age, and you need soldiers! I AM READY TO SERVE!.” Startled ,the Officer turns back and sees the deep determination in her eyes. “You’ve been trying for the past 6 months to get into the academy, and that’s more determination then most people I see. Maybe your right, maybe you are ready. Aurora #@#@#, Congratulations you shall indeed serve“.

During phase one, we will release half of the total collection of NFTs (250 Common, 150 Rare, 100 Super Rare), which when sold will fund Marketing, that will be help us create a larger community, so that we can get listed on exchanges like CMC.

NFT Phase Two Release: (TBD, Based off of CMC and CG listing)

During phase two, we will release the other half of the NFT collection (250 Common, 150 Rare, 100 Super Rare), which will fund TWO NEW UTILITIES!

Utility One: 60% of the profit made from the phase two release of the NFTs will go into an NFT staking Pool. This NFT staking Pool will allow you to pair your NFT with Catmoon Coins and stake them into the pool for a constant steady passive income. NOTE: The Rarer the NFT you are staking, the more Catmoon coins you can pair with that NFT, and the more passive income you can make!

Utility Two: 40% of the profit made from the phase two release of the NFTs will go into an Animal Shelter Fund. This fund will be used to donate money to animals shelters in need, and we will be posting videos and pictures of the animals we have helped, on a dedicated page on our Website, so you can see the lives you have changed

DISCLAIMER: None of the information on this website should be considered legal or financial advice. CatMoonCoin.com Smart Contract has no owner and CatMoonCoin.com is maintained by a team of volunteers. The team cannot be held responsible for any losses, profits, or taxes you may incur. Investing in cryptocurrency is akin to being a venture capital investor. Please do extensive research before purchasing any cryptocurrencies and do not invest more than you can afford to lose. CatMoonCoin team welcomes everyone to inspect the smart contract.